We dress up, clean up, pack up, and head out. Andrea takes us to the airport with Amelie following. We go around twice because they are doing construction and mark the turns poorly. We luckily park at the correct terminal and have arrived in plenty of time.

We eat at a restaurant in the airport, one that Victoria is very familiar with. She unfortunately knows it as the place where she has to say good-bye to people. When she realizes this fact, the poor girl can’t stop crying. Then when Andrea takes the last pictures and we walk through security, it hits little Victoria what is happening. It’s very sad. We find out later from Andrea how much Victoria misses Kaitlyn.

Yes, we are flying British Airways. The entire plane seems to be business class. The seats have extra room and all the arm rests have little drink counters. 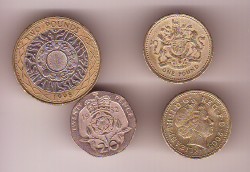 We arrive in London Heathrow. Time for different money at the ATM. I checked the night before on Richard’s computer, and noticed that the Underground goes all the way out to the Heathrow airport. So, we take the tube instead of a taxi this time, especially since we’re not going all the way into London proper, but are instead getting off at the Gloucester (pronounced glau-shter) station in South Kensington. We are staying at the Citadines hotel.

When we arrive after the long subway ride, we head in the correct direction, but, unsure of the landmarks, we ask for guidance from an elderly couple who point us back into the other direction. After realizing things don’t look right, I ask a man in a car for guidance. He has a Tom-Tom navigation system. He puts in the address and it points back to where we were. He kindly offers to give us a ride, and.. I accept. Okay, maybe not too bright with two ladies along with me, but he looks trustworthy (and harmless). He is.. refuses any payment.. a good samaritan.

The hotel doesn’t have our reservation. Why? After 15 minutes, the lady realizes it is under ‘Saircloth’. As often as that happens to me, I should have known to tell her to look under ‘S’. No big deal. It is a really nice hotel, with a kitchen and dishwasher.

There are many very nice restaurants in the area, all very pricey. We decide instead to eat at the pub on the corner. Reasonable prices and comfortable. After dinner, we go to the market and get breakfast goodies for the next day (except the bread, which in hindsight I should have gotten).

< Back
Hand-crafted beads and meals
Next >
And, we're back
by:
Gary Faircloth
http://arkadianriver.com
Opinions expressed are his own and don't necessarily reflect the views of the company he works for or its members. Interests: tech, science, history, PC Gam...SQUIRREL!